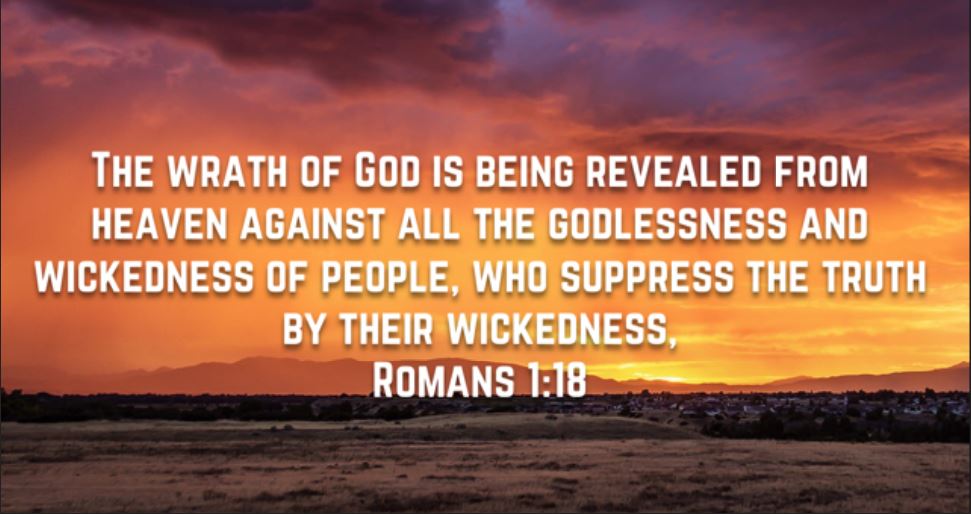 Head’s Up: This post is not meant to be a complete answer to everything related to the wrath of God. In fact, if you read this, you will likely have more questions than answers. For example, I do not seek to justify God’s wrath in the Old Testament. Instead, the goal is to see how the writers of the New Testament approached the wrath of God as a whole in order to understand how we can internalize it as a theology that leads to godliness and a more powerful witness of the goodness of God.

If you’ve ever heard about the wrath of God you likely think about what is typically called Judgement Day. The writers of the scriptures typically refer to this day as “The Day of the Lord.” The Old Testament speaks to this too and it is that reality that many of the first Christians had to deal with. Many of the early Christians knew it would be a day of blessing for those who are in Christ, but there was still fear circulating the expectation of that day. People had many questions then too! When would it come? What would it be like? How bad would it be?

Paul spoke to the Thessalonian church on this matter. First, he discussed what they knew.

Notice that Paul was referencing things that the people already know. “For you know very well” was his way of telling them that their viewpoint in this matter was accurate. But then he turns their knowledge on them.

As I share my points, please don’t take them as fact. Study the verses that I share and discover what Jesus and the apostles said about the wrath of God. Share any thoughts and comments so we can discuss them. If for some reason this discussion only brings fear into your heart, please reach out to me so we can discuss it in more detail.

The Wrath of God is still a Thing

There is a common theological trend that exists that uses a handful of scriptures to determine that the wrath of God is no longer an issue for anyone and that through the amazing grace of Jesus, Christian Universalism is the doctrine of the Bible and the Early Church.

This truth is more convenient than evidenced. This trend does two things: it largely disregards the epistles with a focus on the gospels themselves while focussing heavily on Jesus’ teachings (or interpretations thereof) that fit the doctrine while ignoring ones that do not. Here’s a clear example:

Destruction is still a reality for those who find it. This is the wrath of God. Jesus wasn’t trying to hide that this destruction was what some would find. Instead, He was leading the way to life.

Now, in case that isn’t convincing, here are but a few of the instances where the wrath of God is referenced in the New Testament.

The Book of Acts contains a story of God’s wrath present among church members who lie to God and try to deceive other believers. (See chapter 5) This story may be vague to us but the writer of Acts puts this story here as a likely parallel to Leviticus 10 where two priests make strange sacrifices to God that leads to their deaths. The purpose of these events was nothing more to put fear in all peoples (Christians and otherwise) concerning the very real wrath of God.

Other Apostles (they do not use the same word for wrath as Paul, but the theme still lines up)

These verses, although not a complete list, paint an obvious picture of a very real and relevant wrath of God that should be a part of our understanding of God. I would even venture to say that it is a crucial part as it exists right along side our hope found in the gospel. John the baptizer, the last Old Testament prophet, was clearly explaining that those responding to his ministry were fleeing the wrath to come. Knowledge of the wrath of God preceded the ministry of Jesus and dictates the need of salvation.

When most of us hear about the wrath of God, our minds go to the worst things imaginable. And this should make sense. If God is the all powerful and mighty one that we see Him as, then we should logically conclude that His wrath could be as extreme as we can imagine. This lack of clarity unfortunately brings a lot more fear and misunderstanding. In order to get a simple grid of the wrath of God, we only need to look at a few verses.

John states it a little differently as he quotes the words of Jesus two chapters later.

The last verse I will use is a fairly popular one but now we can see in context with the wrath of God.

Sin, to dive into that for a minute, brings wrath. At the beginning of Romans Paul says:

Godlessness is really just a refusal to give reverence where it is due. Wickedness is any injustice of thought or action. As people, we have all, in one way or another, not given God His proper honor as our creator and giver of all things. For “He himself gives everyone life and breath and everything else.” (Acts 17:25) We have also held unjust and unrighteous thoughts or actions toward others who are made His image as “we praise our Lord and Father, and… curse human beings, who have been made in God’s likeness.” (James 3:9) Each one of us find ourselves guilty of rejecting God and failing to love His creation because of the presence of sin.

We all initially fall under the category of godlessness and wickedness.

To answer the question, “What does the wrath of God look like?” I would submit this answer.

The wrath of God looks like a sentence of death for all of humanity for rejection of God’s good character and failure to respond to His creation with love, that is, sin. You may have your own view of it, but, to put it as simple as possible, wrath is a death to come. This does not refer to our physical death, but it refers to the “second death” that will come when God judges all of us according to what we have done. (See Revelation 20:11-15)

God’s Response to the Wrath of God

Now that we know that the wrath of God exists and, at the present time, it remains as a sentence of death to come, it is important for us to see God’s character in His wrath. If we stop here, the idea that “God is good” almost doesn’t make sense. But, in fact, the wrath of God leads to His good character making sense. His judgment is simply against everything that opposes His good character and “we know that God’s judgment against those who do such things is based on truth.” (Romans 2:2) God desires to make everything right. That is the purpose of His wrath. But it doesn’t just stop there.

We often think of the Old Testament as a strong picture of God’s wrathful character, but to the Jews they saw it as His faithfulness. They flocked to John the baptizer’s message of repentance because they were confident in God’s desire to deliver them from the wrath to come. God conveyed this so clearly through one of Israel’s prophets when He said

John Piper perhaps put it best. “The wisdom of God has ordained a way for the love of God to deliver us from the wrath of God without compromising the justice of God.”

God in His wisdom, while maintaining His strict judgment against everything that opposes His goodness, lovingly gave humanity a way out of the sentence of death that His wrath against sin requires. It is so simple as to be called a gift. And it is only one way but thankfully so! It is so clear and direct as to make it a guarantee for those who find it. This route is repentance by faith in Jesus.

Now this turning alone isn’t what gives a person the power to cross from the wrath of God to life, but it is the key. Jesus has the power that delivers us from this wrath.

God’s goodness and kindness did the work through Jesus that repentance initiates in our lives. God’s kindness leads us to repentance that then crosses us into the sentence of life! This gift of God is then what gives us the strength to live in line with the righteousness of God. Our righteous deeds could never accomplish it.

The wrath of God and the gospel go hand-in-hand to show the holy goodness and kindness of God that we might be led by Him into righteousness and godliness through Jesus.

The rejection of the wrath of God denies God’s good character and makes the gospel unnecessary.

Notice that, if you have repented and trusted in Jesus, we do not have our fullness of eternal life now. We will still die like all the rest. And this is what the Thessalonian church was trying to balance. But, like them, we do have a sentence of life! We begin to experience eternal life now that the power of sin in our lives was defeated by Jesus on the cross, and we will truly experience it at the resurrection of the dead where God will execute His sentence of wrath or eternal life on each of us. We will get the same eternal life as Jesus who lives even though He died.

With this good news I want to exhort you to two things.

First, please study this for yourself and figure out these answers for yourself. Ask questions in meditation on the scripture as well as well as in the comment section below if anything didn’t make sense. The wrath of God is a difficult subject but I am confident it is crucial for our understanding of the character of God. It is a topic I have to come back to from time to time in order to re-orient my understanding of God and correctly view how great His grace is.

Second, the presence of the wrath of God does not give us a license as the church of God to declare judgments on people’s eternal sentence. (See Romans 2:1-11) That is God’s doing and we are to “leave room for the wrath of God” rather than taking revenge ourselves. Our only right is to share the gospel that meets the wrath of God with the love of God that leads to eternal life. And if there is any place where we have questions that cannot be answered, we can trust Him. He’s got it. As Peter said,

If I come across any common questions from the comments below or elsewhere I will edit this post to include them in order to be most helpful.

One thought on “What is the Wrath of God?”